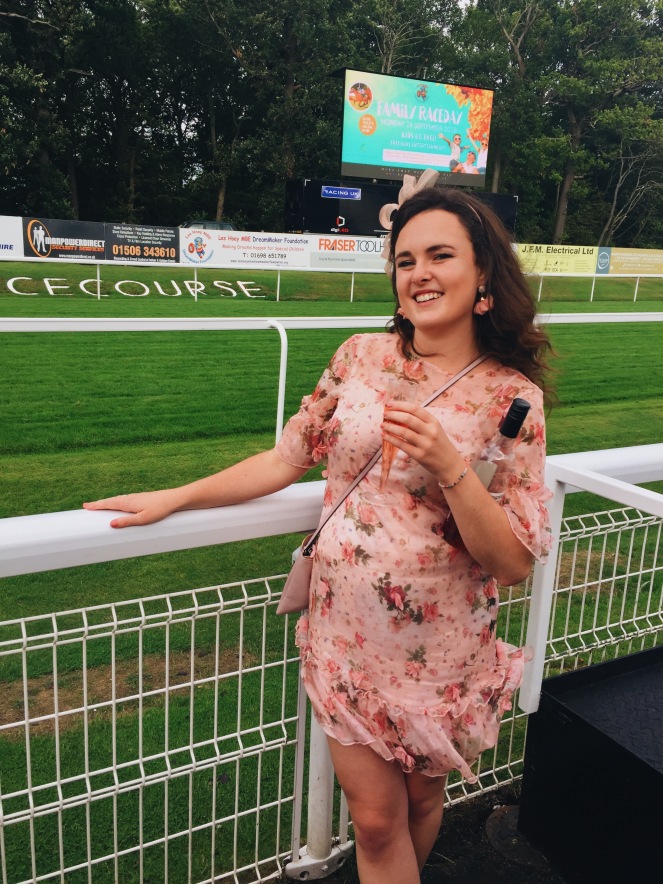 So my twenty-third birthday was definitely a day to remember. Following a lovely brunch, my friends and I went home, got all dressed up and headed to the Ladies Night Horse Races at Hamilton Park. One of my friends had suggested that we go to the event, and lucky enough for me it fell on my birthday! I had never been to any sort of horse race event, but I was extremely excited to go (mainly because of the dressing up part). I could be happy doing absolutely anything on my birthday as long as I get to put on a pretty dress and a pair of heals, so I was in business for this event. It was especially fun to wear a fascinator since I have never worn one before! 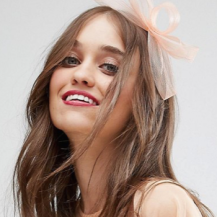 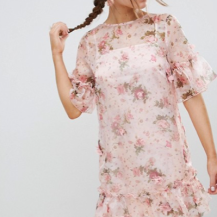 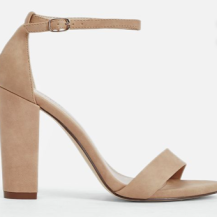 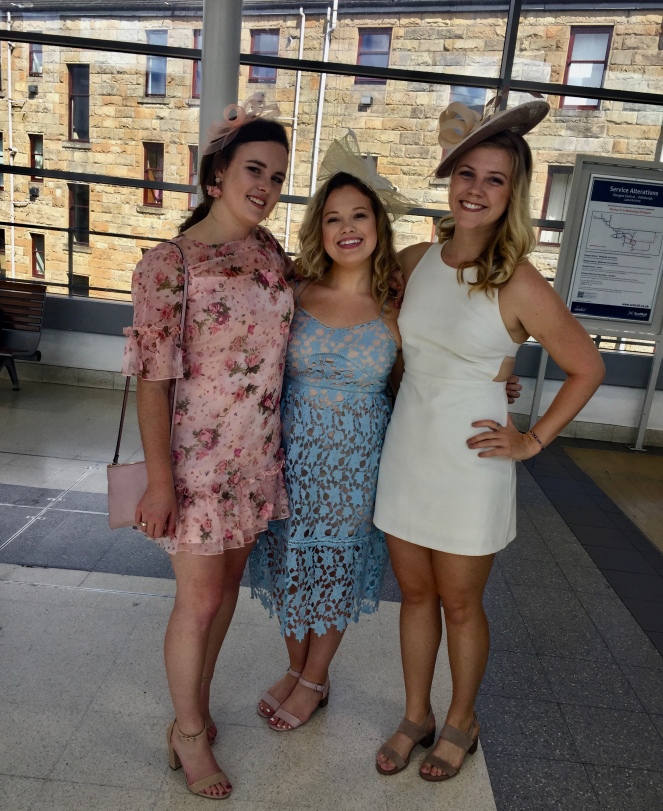 Hamilton Park was a short train ride away for us, just about 30 minutes outside of Glasgow. To make the train ride even more enjoyable, we brought along a bottle of prosecco for the ride and some party horns my mom sent me!

From the train station, it was a quick five-minute cab ride to the park. The park venue was absolutely stunning. Perfectly polished grass, beautiful flowers, employees dressed in riding attire, and simply filled with well-dressed people. The first race was held in Hamilton in 1782, and the current facility was originally built in 1926. 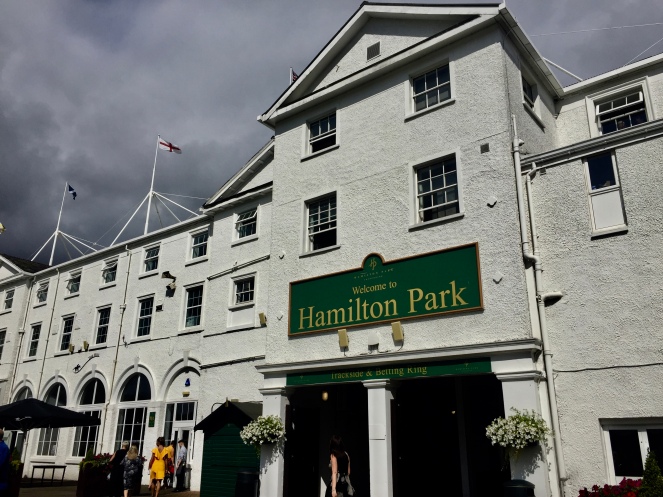 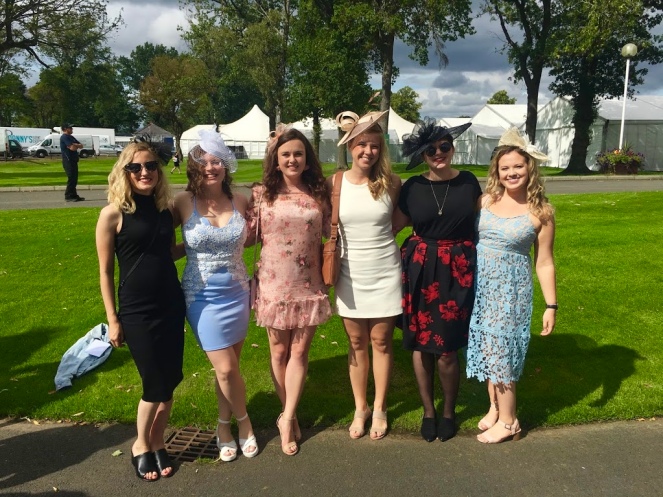 Knowing us, the first thing we did as soon as we arrived (besides getting a group photo) was to find the bar. Our outfits would not be complete without a glass of prosecco in our hands 🤷🏻‍♀️ At this point, the doors had only been open for a half hour, so it was not super busy yet. Photographers were walking around, capturing photos of the guests (including us), and various little shops were open. 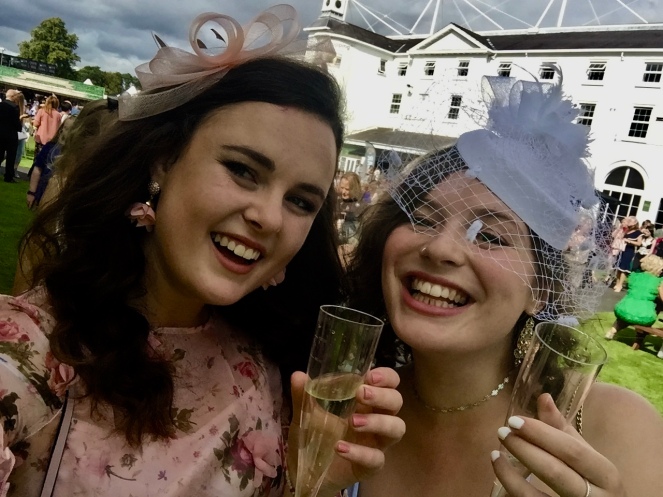 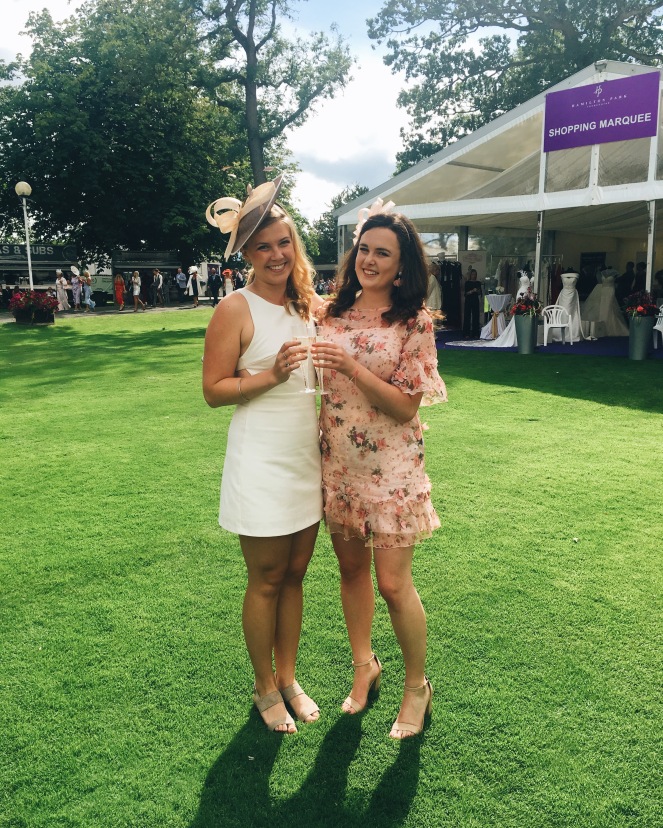 There were a variety of different ages of women who were at the races, from young women like us, even a few little girls, up to seniors! Despite being a ladies night, there were still lots of men there as well! 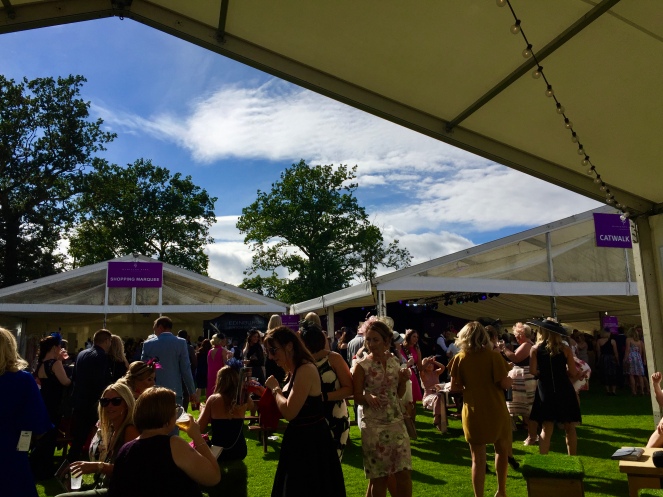 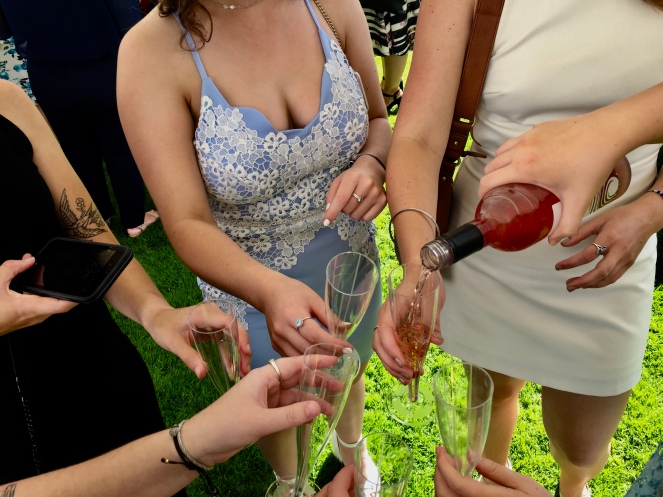 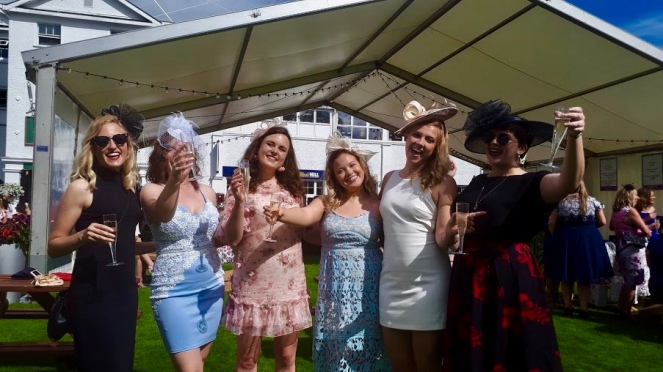 For the ladies night event, besides the horse races, they also had singer Heather Small perform, there was a best-dressed lady competition, and also a best-dressed man competition. However, before we attended those events we headed over to places some bets on the horse races. There were five different races that happened with different classifications of horses and riders. My friend Chrissy took charge and figured out how we were supposed to bet. I threw down a couple of five pound bets just to see what might happen! 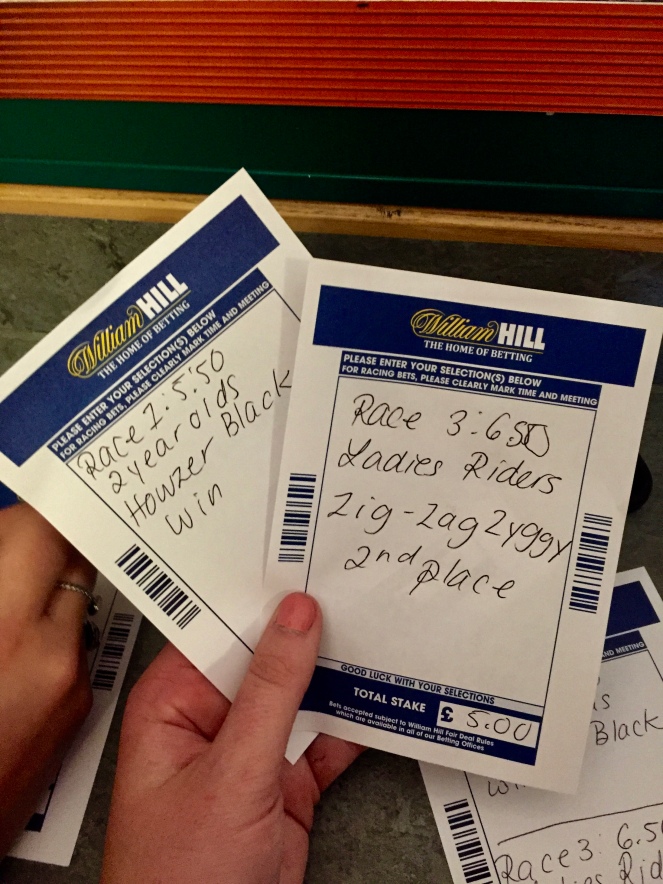 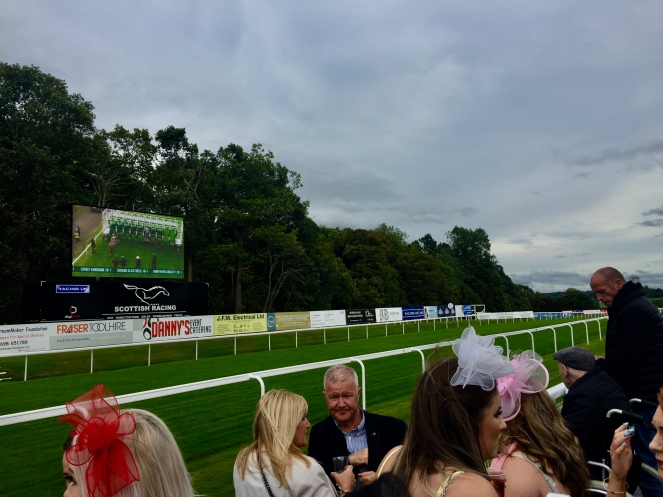 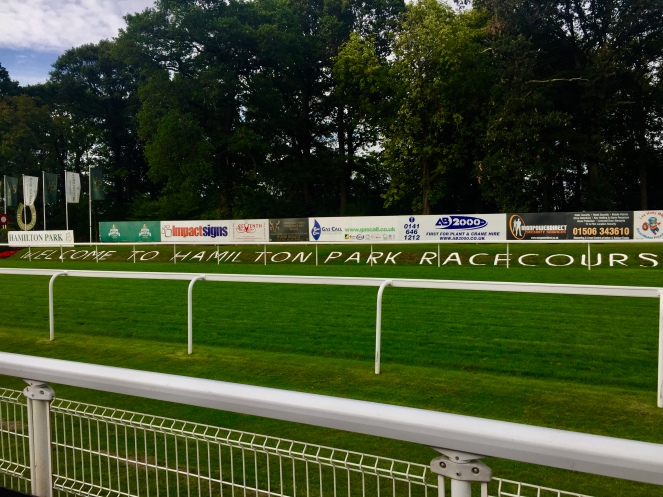 Following watching the Heather Small’s’ performance, and watching the 200+ women walk down the catwalk we headed to watch the first race! The course itself was a straight course, so the first part of the race was visible to watch from a big screen until the horses came flying past us on the way to the finish line. We were able to get places to watch right on the sidelines, so it made it even more exciting to watch!! Unfortunately, we were all unsuccessful on the bets that we made… but oh well, it was still fun! 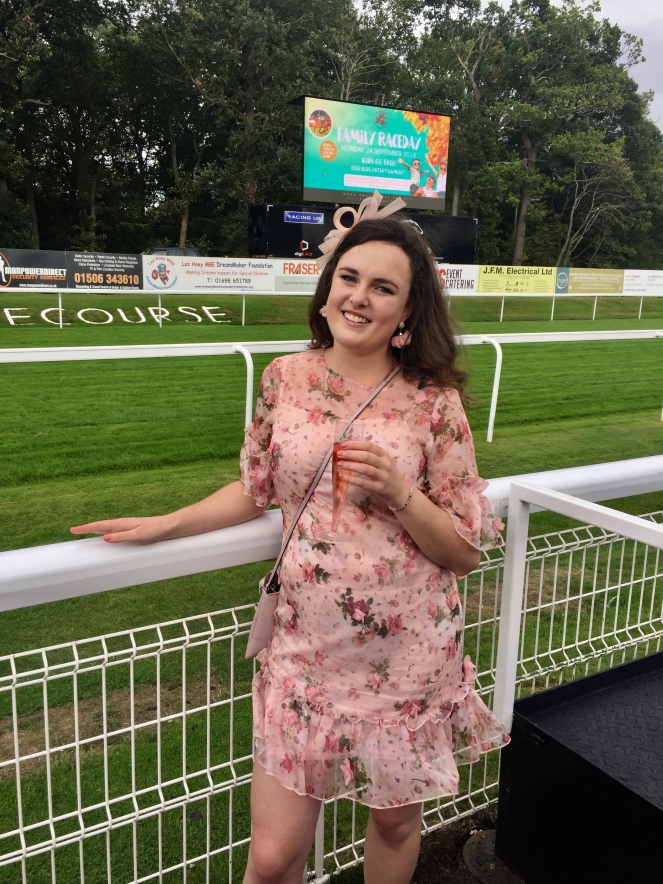 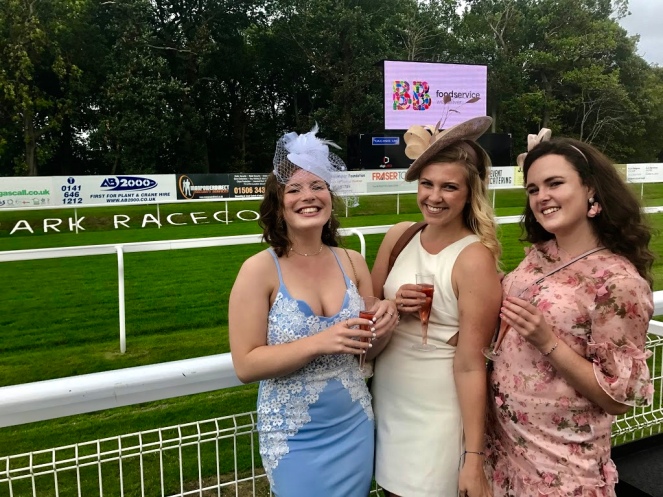 I was so lucky to have had such an incredible birthday with my friends here in Glasgow! It was the first time I had celebrated my birthday away from my family, but my friends here are so wonderful, it felt just as special 💕 PLUS my friends all looked so spectacular, we should definitely all put on fancy hats more often! 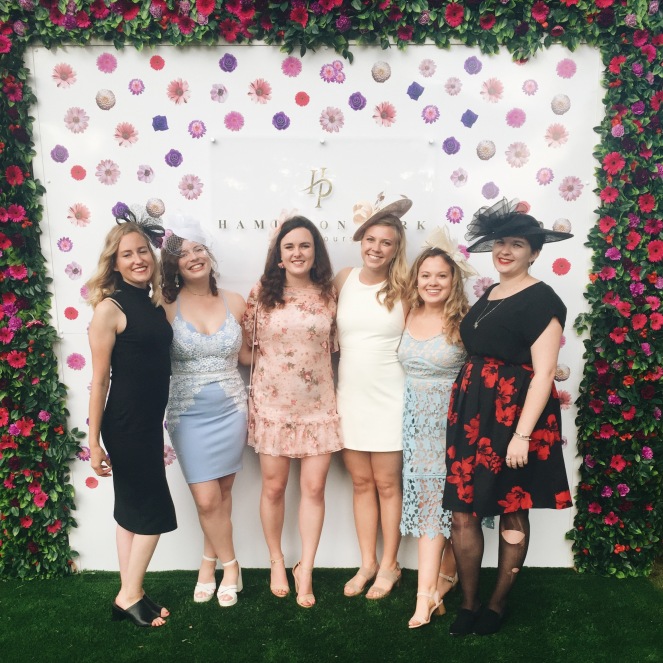 Twenty-three so far is off to a fantastic start! Twenty-two was such a wonderful year for me, and I am sure twenty-three will be just as great, I can not wait to see what is in store over the next 12 months. Hopefully, a trip back to the horse races will be in my future!